Register for Financial Planning Today website for FREE to view more stories and get our daily newsletters. Click on 2 stories to see Registration pop up.
Monday, 12 August 2019 08:43 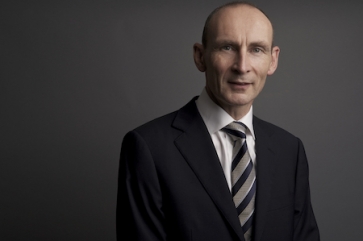 The head of  global financial adviser business has warned that Britain is heading towards “an economic abyss” which will spur UK and global investors to move UK assets overseas.

Nigel Green, founder and chief executive of deVere Group which has £10bn  in assets under advice, says the recent shrinking of UK GDP for the first time in seven years and the recent “pounding” of sterling are all warning signs.

deVere group advises more than 80,000 clients in more than 100 different countries including a large number of expats.

Mr Green said: “Sterling has taken another pounding after the UK’s economy was shown to have contracted in the second quarter, adding to the economic woes on top of no-deal Brexit concerns.

“The pound has fallen more than 4.5 per cent against the dollar in July and August over fears Boris Johnson’s government is pushing the country towards a no-deal Brexit –which most economists think would be economically damaging.

“Should the UK leave with no-deal, the pound is likely to remain weak for several years until the country and the EU readjusts.”

Mr Green added that growing speculation of a general election in the autumn was also adding to uncertainty about the UK economy.

He said: “The situation will get even more serious should a Jeremy Corbyn-led Labour government win that election.  His high tax and low-profit policies and anti-business rhetoric would deliver a hammer blow to the already floundering economy.”

“Depressingly, Britain appears to be stumbling towards an economic abyss.

“UK and global investors will be becoming increasing nervous of this deteriorating situation.  They will, inevitably and quite sensibly be looking to grow and safeguard their wealth by moving assets overseas through various established international financial solutions.”

He believes the pace of the trend is likely to increase over the next few months.