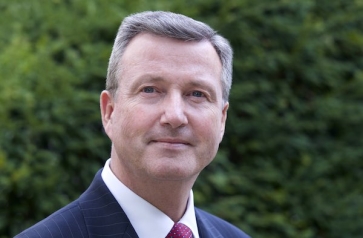 A new 'elephant in the room' report has been published to draw attention to the little understood but growing problem of vulnerable but well off clients becoming victims of theft and fraud within families.

The All Party Parliamentary Group (APPG) on Insurance and Financial Services and the Financial Vulnerability Taskforce industry group (FVT) have published the report today called ‘Theft and fraud within families’.

They want more research into an area of concern where little data is available.

The FVT, headed by ex-PFS CEO Keith Richards, was launched earlier this year and is now an independent Community Interest Company (CIC) with over 1,000 regulated firms who have adopted its charter.

The report says anecdotal evidence suggests that a "significant amount" of financial abuse is inflicted by those close to vulnerable victims, namely family members. It cites a number of cases where the savings and wealth of vulnerable individuals have been stolen or siphoned off by family members.

This report aims to address the lack of awareness and research about this issue and calls on key personal finance group to take action, so that the issue of fraud and theft within families can be better understood in terms of scale, type and impact.

The FVT believes that his will help the profession to provide more effective advice, support and measures to prevent this type of crime.

Mr Richards said: “Professional advisers are recognising an increasing occurrence of financial pressure being placed on clients with accumulated wealth by family members, which was particularly evident during the early stages of Pension Freedoms.

“Without knowing what the national picture is however, we can only guess at the extent of the problem in our society, and the cost to us all. Being alert and recognising a potential issue is important but what an adviser does about it can be critical, so we are also underlining the need to collect and share examples of innovative and good practice currently being used to tackle this issue.”

Professor Keith Brown, member of the Financial Vulnerability Taskforce and chair of the Safeguarding Adult National Network, said: “Although it is clear that criminals are behind many frauds and scams… we appear to have overlooked the scale and impact of fraud and theft within families.

“We hope that this critical APPG report will be a catalyst to change this position to one where we have a better understanding of the scale and impact of this crime on families, as the first step towards tackling ‘the elephant in the room.’”

Craig Tracey, MP and chair of the APPG on Insurance and Financial Services , said: "This is a call to the entire financial services sector and the health and social care sector to look far more closely at the issue of theft and fraud within families."

More details about the FVT and its charter are here: www.fvtaskforce.com.

• The report can be downloaded here: https://tinyurl.com/FVT001