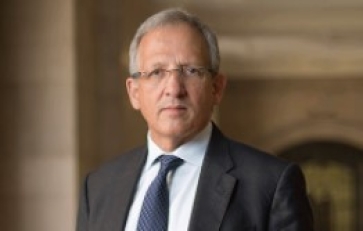 The Bank of England has called for regulation for cryptocurrency saying that crypto finance “poses risks to financial stability.”

The Bank has called for cryptocurrency regulation to be introduced as a “matter of urgency.”

In a speech Sir Jon Cunliffe, deputy governor for financial stability at the bank, warned of the risks cryptocurrency can pose to retail investors.

Speaking at global financial services security event SIBOS yesterday, he said that while crypto technologies “offer a prospect of radical improvements in financial services” their current applications are a “financial stability concern” in a largely unregulated space.

He shared concerns around unsecured or 'unbacked' cryptoassets (like cryptocurrency) in relation to investor protection, market integrity, and financial crime.

Sir Jon said: “When something in the financial system is growing very fast, and growing in largely unregulated space, financial stability authorities have to sit up and take notice. They have to think very carefully about what could happen and whether they, or other regulatory authorities, need to act.”

Work on the potential regulation of cryptocurrency has already begun with the cross-regulatory Cryptoassets Taskforce.

However Sir Jon said more urgency needs to be put behind the taskforce's work if financial stability is not to be threatened by a major crypto price correction.

He said: “Such a collapse is certainly a plausible scenario, given the lack of intrinsic value and consequent price volatility, the probability of contagion between cryptoassets, the cyber and operational vulnerabilities, and of course, the power of herd behaviour.”

Sir Jon added that a collapse in prices was not likely to cause failure in the whole financial system but this could change in the future if cryptocurrency continues to grow at current rates.

He also shared concerns that a growing 'inter-connectedness' between crypto assets and traditional financial markets was creating a growing possibility for future cryptoasset shocks to be transmitted through the whole financial system.