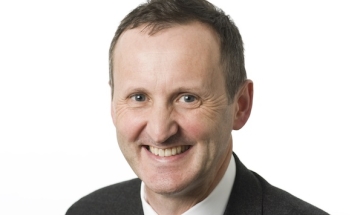 The FCA has banned financial adviser Omar Hussein and fined him £116,000 for “reckless and unsuitable” pension transfer advice.

Mr Hussein has been banned from financial services indefinitely and fined for putting at risk an estimated £13.5m in client investments.

The FCA found that Mr Hussein advised customers to switch their existing pensions when this was often unnecessary and not in their best interest.

Between 2015 and 2017, he and his firm advised 620 customers to switch their pension into a self-invested personal pension (SIPP).

P6 was a high-risk investment comprised of unregulated mini-bonds relating to overseas investments in car parks, renewable energy and holiday resorts. The investments were illiquid and highly likely to be unsuitable for the low net worth, financially inexperienced investors who were the firm’s target market, the FCA said.

Several of the underlying mini bond investments in P6 subsequently failed and P6 was closed to new investment in 2016. Greyfriars went into in administration in 2018.

The regulator said that Mr Hussein disregarded clear statements and risk warnings about P6 in Greyfriars' promotional material. He claimed that customers investing in P6 were ‘experienced investors’ when there was no reasonable basis for doing so, and he charged fees to customers for on-going advice which the firm did not provide.

The watchdog said the failings by Mr Hussein were particularly serious because of the FCA’s findings that he acted recklessly and abused a position of trust when advising clients who were often financially inexperienced, vulnerable and had no or limited capacity for loss.

They were also serious because he was aware of the FCA’s pension alerts, published prior to CWL being established. These alerts reminded financial advisers that when advising customers to switch to a SIPP, they must assess the suitability of the underlying investments to be held in the SIPP and warned that non-mainstream investments were unlikely to be suitable options for the vast majority of retail customers.

FCA executive director for enforcement and market oversight Mark Steward said: “Mr Hussein acted recklessly and abused the trust of his clients by taking unjustifiable risks with their retirement savings. He has proven himself unfit to work in the financial services industry.”

Mr Hussein agreed to settle at an early stage of the investigation and qualified for a 30% discount. Without the discount, the fine would have been £165,797.38.

More in this category: « PFS board criticises parent CII as review begins 55% rise in new SIPPs business at Dentons »
back to top