Register for Financial Planning Today website for FREE to view more stories and get our daily newsletters. Click on 2 stories to see Registration pop up.
Monday, 01 November 2021 08:27 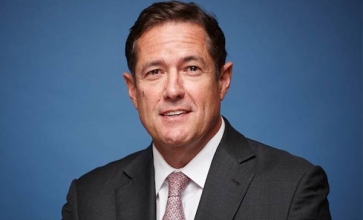 James "Jes" Staley has stepped down

The Financial Conduct Authority and Prudential Regulation Authority have been investigating his links to the dead financier.

Mr Epstein was convicted of soliciting prostitution from a minor in 2008.

Mr Staley has admitted that he stayed in contact with Mr Epstein until the financier died in prison in 2019.

The FCA and PRA said they do not comment about ongoing investigations or regulatory proceedings.

In the announcement of Mr Staley’s resignation, Barclays said it had been made aware of allegations of his links to Mr Epstein on Friday but that Mr Staley would contest them.

The bank added that Mr Staley had explained his relationship with Mr Epstein to executives and the chairman of the bank in 2019.

He will be succeeded as CEO by CS Venkatakrishnan who was formerly head of global markets for the bank.

The Epstein probe is not the first time that Mr Staley has been in trouble with the FCA.

In 2018 the FCA and PRA fined Mr Staley £642,430. The regulators said he failed to act with due skill, care and diligence in the way he acted in response to an anonymous whistleblowing letter received by Barclays in June 2016.

The regulators said that Mr Staley attempted to identify the author of the anonymous letter that claimed to be from a Barclays shareholder. The letter contained various allegations, some of which concerned Mr Staley.