Register for Financial Planning Today website for FREE to view more stories and get our daily newsletters. Click on 2 stories to see Registration pop up.
Friday, 03 December 2021 11:50 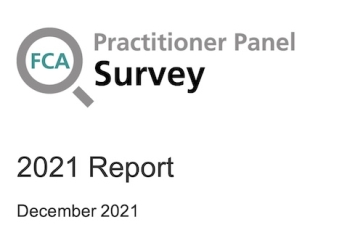 Practitioners say that overall the FCA handled the pandemic well, according to an independent survey.

Regulated firms mostly had a “positive” view of how the regulator handled the pandemic but there is room to improve in the future, many said.

The FCA suspended or deferred some requirements during the lockdowns, gave firms more time to pay fees and introduced more support for firms.

The findings are published today in an FCA and the Practitioner Panel joint survey of FCA regulated firms carried out by consultancy Kantar. The survey is the first since 2019.

While the survey was mostly positive, some regulated firms were concerned that the FCA was mostly reactive to risks rather than being proactive and could be missing “emerging risks.”

These priority areas were:

▪ Being more forward-looking in its regulation

▪ Improving how emerging risks are identified; and

▪ Prioritising the right risks for action

The FCA also said it was pleased overall with the survey but concerned that many small firms were not engaging with consultations. It plans to do more in future to encourage firms to submit their views as currently only one in three firms responds to consultations.

In a joint foreword to the report, FCA CEO Nikhil Rathi and Paul Feeney, chair of the FCA Practitioner Panel and Quilter CEO, said: “In many ways the FCA can be encouraged by what is, overall, a relatively stable set of results.

“The regulator’s performance during the pandemic has been viewed positively, particularly among the larger, fixed-portfolio firms, where nine in ten felt the FCA had performed well in supporting them and the industry generally. Perceptions of FCA effectiveness have been generally unchanged, with a general positive trend over recent waves.

“Given the massive changes the industry and society as a whole have been facing over the last two years, this is a significant achievement. In such a radically changing environment, however, there is no room for complacency.”

The two senior figures said areas to focus on included the FCA’s reactive attitude to risk at times and slow completion of investigations. There were concerns about the way that the FCA engages with firms, particularly the smaller, flexible portfolio firms.

• Link to the report