Register for Financial Planning Today website for FREE to view more stories and get our daily newsletters. Click on 2 stories to see Registration pop up.
Wednesday, 02 February 2022 10:39

Fewer than 4 in 10 savers know value of pension pots 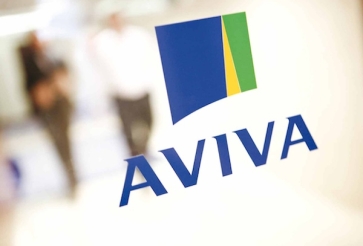 Fewer than four in ten pension savers (39%) can confidently estimate the value of their pension pots, according to a new report.

This compared to seven in ten who could confidently estimate their cash savings.

One in 10 pension savers surveyed by Aviva said they were ‘very unconfident’ about estimating the current value of their pension savings.

More than half of those surveyed (53%) could estimate the value of their property.

Alistair McQueen, head of savings and retirement at Aviva, said: “A record number are saving more money in private pensions. And pensions represent our biggest single source of private wealth. In short, pensions are more important to more of us than ever before.

“Automatic enrolment has brought pension savings to millions. And the pension freedoms have given us unprecedented choice in how we can use that money when we reach 55. But we risk sleepwalking into our retirement if we don’t understand how much we have in our pension pots, what those savings might look like as retirement income and how long we need that money to last.”

The findings come despite The Pension Regulator’s annual data showing that there are record numbers of savers in occupational defined contribution savings.

The latest DC trust data showed a figure of 23.4m memberships in 2021.

In January figures from the Office for National Statistics showed that individuals in the UK hold a record £15.2trn of private wealth, with pensions making up the largest proportion of this figure at £6.4trn.

This compared with £5.5trn in property and the £3.3trn in other assets, including around £2trn in cash.

Censuswide surveyed 2,000 UK pension savers between 5 and 7 January on behalf of Aviva.

More in this category: « Perspective acquires £160m Warwickshire Planner Abrdn turns to SPW for Financial Planning head »
back to top