Register for Financial Planning Today website for FREE to view more stories and get our daily newsletters. Click on 2 stories to see Registration pop up.
Thursday, 03 February 2022 10:43 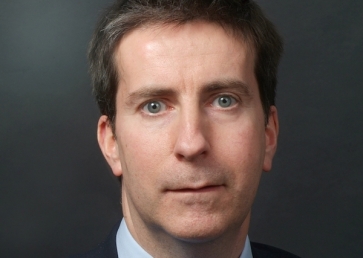 Over a quarter of married couples have household wealth of over £1m, according to the Office for National Statistics.

The figures include net property wealth and occupational and private pension savings.

According to the ONS, 27% of men married or in a civil partnership and 26% of women lived in a household with more than £1m of wealth between 2018-20.

Ten years previously the figure was 12% for both.

Sean McMcann, Chartered Financial Planner at NFU, said more couples were at risk of being caught in tax traps as a result of their increasing wealth.

He said: “Higher house prices and an increase in pension wealth has created more millionaire couples in Britain than ever before. However, rising wealth in property and pensions will lead to more people being caught in tax traps as a number of important thresholds have been frozen until 2026.”

“Britons have a staggering £6.45trillion in pension wealth, which is £1trillion more than they hold in property wealth."

He added that NFU is seeing more clients using pensions as a method for intergenerational wealth transfer.

He said: “The main £325,000 allowance each person can pass on free from inheritance tax has been frozen since 2009.

“Although we’ve seen the introduction of the ‘Residence nil rate band’ that allows individuals to pass on an additional £175,000 of the value of their home to ‘direct descendants’ - both these thresholds have been frozen until 2026 – a decision expected to collect £985m more in inheritance tax through fiscal drag.

“Crucially, inheritance tax isn’t normally charged on pensions and so more and more families are using pensions as ways to transfer wealth between generations.”

Income tax thresholds have also been frozen until 2026 in a move expected to raise £19.2bn for the government.

Mr McCann also warned more households were at risk of getting caught in the 40% income tax band or losing all of their child benefit.

He said: “As earnings increase more people will be caught in the 40% tax band. We will also see a growing number of parents lose some or all of their child benefit by triggering the ‘High income Child benefit tax charge’ once their incomes exceed £50,000, a threshold which hasn’t changed since it was first introduced in 2013.”

More in this category: « Bank of England increases base rate to 1% Jupiter unveils Global Ecology Bond fund »
back to top