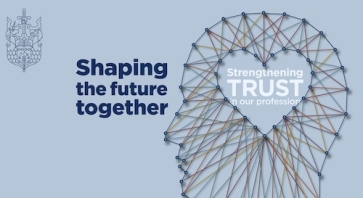 The Chartered Insurance Institute (CII) has confirmed that it will do a U-turn and reinstate the axed position of Personal Finance Society (PFS) CEO.

Recruitment for a new PFS CEO is expected to begin in the near future.

Members of the CII and its Financial Planning arm, the PFS, taking part in a major consultation exercise called for the PFS CEO role, chopped last year, to be reinstated.

A spokesman for the CII told Financial Planning Today: “We wish to appoint a respected, visible figurehead for the Personal Finance Society.”

The move confirms that the CII will accept the verdict of the CII / PFS ‘Shaping The Future Together’ membership consultation in which members backed the return of the PFS CEO role which was controversially axed last year.

The Personal Finance Society, the 40,000-member professional body for Financial Planners, dropped the role of CEO following the departure in June last year of respected PFS CEO Keith Richards. The CII said at the time that the role of PFS CEO would not be directly replaced but instead a chief membership office would lead the PFS combined with CII responsibilities.

The CII combined the CMO and PFS CEO role in 2016 with Mr Richards holding both positions in recent years.

The CII has decided to do a U-turn after stiff opposition from members, particularly PFS members.

Apart from seeking a new PFS CEO, the CII is also seeking a new CEO for the CII after incumbent Sian Fisher decided to step down last year.

The CII told Financial Planning Today: “The process of recruiting a new CEO for the CII is well in progress.”

There is no word yet on whether the CII will go ahead with its plans to deregister the PFS as a separate company to bring the two bodies closer together but the CII said it would discuss the future with PFS board members. The CII has recently been quiet on any future deregistration plans.

A CII spokesman said yesterday: “The boards of the CII and Personal Finance Society will together reflect on the views members have shared through this consultation. As a result of the Shaping the Future Together consultation, we know our members generally support the Personal Finance Society remaining part of the CII Group, with greater collaboration between the boards and a new leader empowered to raise public trust in the profession."

According to the results of the consultation, members wanted the two organisations to stay together, rather than the PFS split off as some campaigners had urged. However members did call for improvements, particularly on qualifications.

CII chair Helen Phillips said the professional body would use the findings of the consultation in the coming months to develop a five year strategy for the body. Some 1,149 members took part in the consultation, although this was only a fraction of the combined bodies’ 125,000+ membership.

According to key findings from the consultation, members want a number of changes including streamlined qualifications, the introduction of behavioural content and a focus on raising public trust in the profession through the promotion of professional standards and increasing confidence that member misconduct will be addressed.