Register for Financial Planning Today website for FREE to view more stories and get our daily newsletters. Click on 2 stories to see Registration pop up.
Monday, 25 April 2022 10:11

Surge in trust registrations expected ahead of deadline 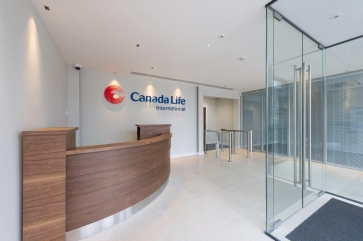 A surge in the registration of new and existing trusts with HMRC is expected ahead of the deadline of 1 September.

Only 153,241 trust registrations have been received by HMRC since the Trust Registration Service began in June 2017, according to a freedom of information request from Canada Life.

The majority of express trust trustees must register trusts through the HMRC portal before September.

HMRC has not yet finalized its penalty regime for late submissions, but initial proposals suggested trustees who fail to register could face penalties of up to 5% of any tax liability or £300, whichever is greater.

Canada Life said financial advisers should encourage clients who may be impacted to register well ahead of the deadline.

The data the provider received from HMRC shows a surge in registrations in the early part of 2018 which coincides with the original deadline for the registration of Trusts with a tax liability, and Canada Life said it is already seeing a gradual uptick in registrations in 2022 in advance of September’s deadline.

Stacey Love, tax and estate planning specialist at Canada Life, said: “We’ve had a strong start to the year for successful registrations but given recent estimates that one million registrations may need to be completed, I suspect HMRC will experience a flood of registrations over the coming months. This means that almost 170,000 trusts would need to be registered each month to meet the deadline.

“It is to be hoped that HMRC has used its past experience of the spike in registrations in Q1 of 2018 to ensure the current system is ready for the expected surge, but it’s important that advisers encourage their trustee clients who may be impacted to register well ahead of the deadline.”

All express UK resident trusts set up before 6 October 2020 will need to be registered with the Trust Registration Service on or before 1 September unless specifically excluded.

More in this category: « Revenues rise 80% for Frenkel Topping in 2021 Third of families share financial adviser »
back to top