Register for Financial Planning Today website for FREE to view more stories and get our daily newsletters. Click on 2 stories to see Registration pop up.
Friday, 13 May 2022 08:26

Quilter to open up HNW offering to external IFAs 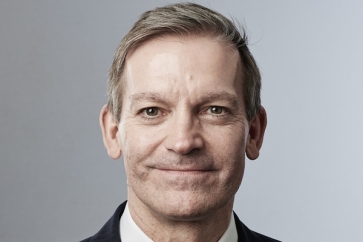 Wealth manager Quilter is to open up its HNW propositions to external independent financial advisers working with wealthy clients.

Mr Feeney told the AGM that after the slowdown during the pandemic the firm was now stepping up its expansion plans.

One of these plans will include offering external advisers the chance to use its revamped platform to manage portfolios for their HNW clients.

This could mean external advisers being able to use portfolio products and investments, such as managed portfolios, from Quilter.

Although he gave few details away he said: “In our High Net Worth Segment we'll continue to build-out our integrated advice and investment management offering and grow the number of client facing individuals and we're going to open up our High Net Worth propositions to independent advisers using our platforms.”

He added: “In our Affluent business we'll continue to improve productivity and grow adviser numbers and we'll grow our base of independent advisers as well. We’ll also continue to innovate to meet evolving client needs and we'll leverage the capability of our platform further and pilot our hybrid advice proposition.”

A pilot of a hybrid advice service was announced last year and several competitors to Quilter, including Charles Stanley and Tilney, have announced similar plans or already launched services.

The company has now embedded “ESG factors” within its investment process and, after enhancement of its WealthSelect managed portfolio proposition and new ESG Focused Discretionary Portfolio Strategy, clients have a choice of responsible and sustainable investment solutions.

He said the firm plans this year to develop a “climate action plan” across its investments and business operations which will aim to align its plan with the Science Based Targets initiative's net zero standard for financial institutions, which is due to be published early in 2023.

Quilter will also soon launch its Inclusion & Diversity Action Plan to increase the representation of women and ethnic minority groups across its senior leadership.

Looking at company performance for the remainder of the year he said after a strong performance in 2021 in 2022 market volatility from changing macroeconomic conditions and increased geopolitical uncertainty, including the war in Ukraine, has “weighed on” investor sentiment.

With this is in mind he said he anticipated gross new flows across the UK wealth savings market were likely to remain “subdued” this year.

He added that the company was doing well compared to its peers and up to the end of April, year-to-date net inflows onto Quilter’s UK Platform and our High Net Worth Segment were both broadly in line with the comparable period of 2021 however lower equity markets and higher bond yields have had a negative impact on AuMA which stood at £107bn at the end of March, down from £112bn at year-end.

• Quilter chairman Glyn Jones stood down as planned at the AGM and a search is under way for his replacement. He said sell offs of non-core divisions during the past year had made Quilter “a smaller but far simpler, more focused UK business.” Disposals generated gross cash of £1.5 billion of which around £1.0 billion will have been returned to shareholders, with £300 million sent to its former parent.