Register for Financial Planning Today website for FREE to view more stories and get our daily newsletters. Click on 2 stories to see Registration pop up.
Monday, 16 May 2022 09:14 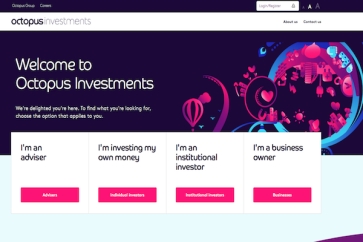 The survey was conducted by Octopus Investments

Only 10% of Financial Planners are very confident they would retain assets under advice when wealth is transferred to clients’ family members, according to new research.

Almost half (46%) of advisers surveyed by Octopus Investments said they were not confident they would retain assets under advice after a wealth transfer.

Two thirds (59%) of advisers did not yet have a strategy to address this potential loss of assets.

Advisers may be missing out on a bigger opportunity than they realise, according to the research.

Octopus’ separate survey of 1,004 wealth transfer recipients found 67% intended to seek financial advice and 75% were open to using the same adviser as their family.

For those inheriting wealth from family members, 56% said they would use the same adviser because they provided good advice and increased their family’s wealth.

Women were less likely to consider using the same adviser. Four in ten female spouses said they had another adviser they would use versus 29% of men.

Ruth Handcock, CEO of Octopus Investments, said: “These findings point to a pretty wide gulf of opinion between the financial advice industry and those inheriting wealth.

"The new beneficiaries of wealth are clearly really positive about the role for financial advice as they inherit in the years ahead. Advisers should take this as a boost of confidence and a signal that there are ripe opportunities to build meaningful relationships with wealth beneficiaries. However, without proactive strategies in place to do so, those chances could be in jeopardy.”

Of the advice firms surveyed who do intergenerational work, 96% said they invest time in meeting children and grandchildren and building relationships with clients’ family. One in ten provided educational resources, 7% invested in digital solutions, and 7% were actively hiring more female advisers and younger talent.