Register for Financial Planning Today website for FREE to view more stories and get our daily newsletters. Click on 2 stories to see Registration pop up.
Monday, 10 September 2012 14:00 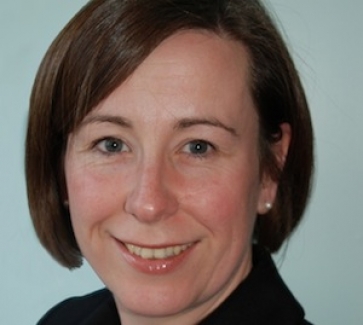 Scottish Widows Lyn Graves
With pension auto-enrolment just around the corner, the Scottish Widows Workplace Pensions Report 2012 reveals that 52 per cent of workers - equivalent to 9.9m people in the UK - are unaware of the impending changes.

Scottish Widows, an IFP sponsor, says this is despite an increase in the average amount people are willing to save for retirement. NEST, the body responsible for promoting auto-enrolment, says that some aspects of the Scottish Widows report are positive but more must be done to informer workers and encourage them to stay in a workplace pension.
Auto-enrolment will initially see employees of the UK's biggest companies automatically entered into their workplace pension schemes and will extend to all other employers over the next five years.
Despite this large-scale roll-out, the annual report from Scottish Widows found that the majority of workers display an "alarming lack of awareness" of this new legislation. Awareness is particularly poor among those who the scheme is targeted at, with only a third of employees on an income of under £20,000 per annum conscious of the changes.
Of those who are aware of auto-enrolment, only 16 per cent found out about the changes from their employer. Instead, nearly two thirds (61 per cent) say they found out through the news and media.


Lynn Graves, head of Business Development, Corporate Pensions at Scottish Widows, said: "With just three weeks to go until auto-enrolment comes into force, it is shocking that there remains such a huge gap in awareness, and that the media has had to step in to play a pivotal role in educating people about these changes.
"Auto-enrolment is designed for people who traditionally don't have access to a workplace pension scheme, such as smaller employers or those with lower incomes, and it is clear that information is still not reaching the audience it's intended to target. Educating these employees needs to be a top priority for the industry and the government."

In spite of the lack of knowledge about auto-enrolment, those who are aware of the scheme are overwhelmingly in favour of it. Only 11 per cent of UK workers plan to opt out of auto-enrolment, with 32 per cent of them stating that the main reason for this is a concern that they won't be able to afford the contributions.

In a further sign that UK adults are taking increasing responsibility for their retirement, the amount that workers are willing to pay into their workplace pensions has doubled since last year from £37.50 a month to £76.95, revealing a substantial shift in understanding of the levels of payment required.

However, Scottish Widows says that even based on this increased level of contribution, 33 per cent of people believe that it won't be enough to provide them with an acceptable standard of living in retirement, proving that auto-enrolment can only go so far in fixing the nation's lack of savings culture.

Ms Graves said: "It is clear from our research that people are failing to save enough for their future especially in relation to retirement. While it is a positive sign that people are willing to pay more into their workplace pension, substantial work must still be done to encourage people to save enough for retirement and this is a challenge for government, the pensions industry and employers. As a nation we are slowly waking up to the reality of how we are going to be able to fund our retirement, many people recognising that they can't solely rely on the State to provide the majority of their income in old age."

Scottish Widows says that in line with the UK's diminishing reliance on the State to provide for their retirement - with just 2% of employees without a pension believing that the State will provide sufficient income at retirement - half of people now expect their employer's pension scheme to see them through old age, placing a significant responsibility on employers.

Indeed, this year's report shows that workers have high expectations of their employers, with 74% of employees believing that the workplace should give them full financial advice and information on retirement planning. Further illustrating the importance of these financial benefits, over half (53 per cent) of people said that their employer's pension scheme was an incentive to stay with the company.

Commenting on the annual Workplace Pensions Report by Scottish Widows, Tim Jones, chief executive, NEST, said: "It is encouraging that so few people are planning to opt out of their workplace scheme once enrolled. However, we also know that nearly nine in ten workers check every single payslip and will want to understand why it contains a new deduction. There is a risk some people will opt out when it may not be in their interests if this comes as a surprise.

"It is vital that people think about why tomorrow is worth saving for and what they could lose if they opt out. The messages they receive from employers and the industry about automatic enrolment must be clear, simple and constructive to help people make informed decisions that are right for them."
Tweet
This page is available to subscribers. Click here to sign in or get access.
Published in Articles
Tagged under