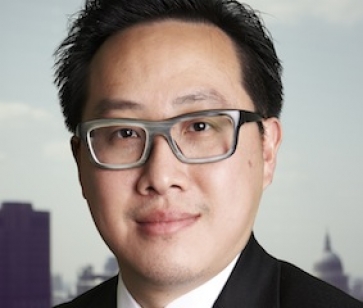 The fund will be run by Sean Chang, head of Asian Debt. He joined Barings in May from HSBC Global Asset Management and has over 18 years of fixed income and foreign exchange investment experience in Asian markets.
Barings says that, until recently, China's financial markets have been largely closed to foreign investors, with direct access to domestic equity and bond markets limited to institutions with a Qualified Foreign Institutional Investor (QFII) quota.
The recent development, over the last 18 months, of the offshore Renminbi (CNH) bond market has enabled fixed income investors to obtain direct exposure to Renminbi (RMB)-denominated debt assets and demonstrates the Chinese authorities' apparent commitment to open up China's capital markets and transform the RMB into a global currency.
This increase in issuance has been matched by a marked increase in demand as investors have sought to gain access to the expected long-term appreciation of the RMB, which up until 2007 had been more tightly controlled by the Chinese authorities, according to Barings. While the RMB has recently been allowed to strengthen against the US dollar, Barings' view is that the currency remains structurally undervalued with huge potential for appreciation relative to not only the US dollar, but all other major currencies.
The new Fund will aim to maximise total return, over the long-term, consisting of income, capital appreciation and currency gains, by investing in China related debt securities and RMB denominated debt securities.
Sean Chang said: "China's offshore bond market remains in its early stages, but it is growing at a rapid pace and we believe it represents a new and exciting way for investors to participate in China's long-term economic expansion.
"In addition to providing the potential for currency appreciation over the long term, we believe that China bonds also offer attractive income-generating qualities for yield-seeking investors, particularly in the current low global yield environment."

Barings has a long history of investing in Greater China, having launched its flagship Baring Hong Kong China Fund in 1982.. As at the end of June 2012, Barings managed total assets worth $4.9bn1 in Greater China, with a further $1.5bn1 invested in specialist credit and emerging market debt.
Meanwhile, Swiss & Global Asset Management will broadens its range of emerging market bond funds with the addition of the JB Emerging Markets Corporate Bond Fund, enabling investors to gain active exposure to this growing asset class.
The JB Emerging Markets Corporate Bond Fund allows investors to diversify their fixed income allocation through corporate bonds from issuers in emerging markets, which can provide substantially higher yields and better fundamentals than comparable corporate bonds issued in the developed world.
The emerging market corporate bond market now stands at around US$ 1 trillion of assets and covers 38 countries including Brazil, Russia, Hong Kong and China. Three quarters of the market is investment grade paper and the average credit rating is BBB+.
The fund will be managed by Enzo Puntillo, Dorthe Fredsgaard Nielsen and Tania Minella..
Tweet
This page is available to subscribers. Click here to sign in or get access.
Published in Articles
Tagged under