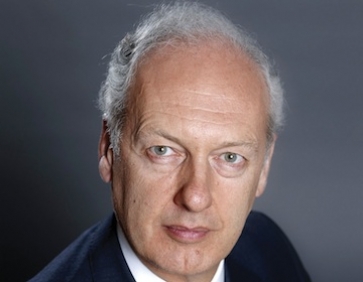 Anthony Bolton
Anthony Bolton, manager of the China Special Situations fund at Fidelity, has announced he will retire next April.

Mr Bolton has been managing China Special Situations fund since April 2010 and prior to that he managed the Fidelity Special Situations fund from 1979-2007.
Mr Bolton will remain as an adviser to Fidelity and a trustee of its charitable foundations.
He will replaced as manager by Dale Nicholls from April 2014 and the pair will work closely together to ensure a smooth handover.
Mr Nicholls has been running the Fidelity Funds Pacific Fund since September 2003 and has 17 years investment experience.
Fidelity said that Mr Nicholls is a bottom-up stock picker with a significant tilt towards smaller and mid-cap companies.
John Owen, chairman of the Fidelity China Special Situations fund, said: "Stepping into the shoes of Anthony is a significant challenge so we are delighted to have appointed a portfolio manager with a demonstrable record of success investing in the Asia Pacific region and specifically within China.
"We have selected Dale to continue the research-driven stock-picking approach which we continue to believe is the route to success in this exciting market."
{desktop}{/desktop}{mobile}{/mobile}
Jackie Beard, director of closed-end fund research at Morningstar said: "The news that Anthony Bolton has confirmed his intention to step down from fund management in April 2014 has not come as a surprise. The fund's performance this year has been markedly better than the first two years and Bolton wanted a good end to a long and successful career.
"We welcome the clarity that investors now have regarding the fund's future management. Dale Nicholls is a long-standing Fidelity employee who has a bent towards smaller companies. He uses the same analytical resources that Bolton himself draws upon and he has been running funds for Fidelity in the Asian region for almost a decade."
She said that Morningstar had put the fund under review.
Mark Dampier, head of investment research at Hargreaves Lansdown, said: "Anthony has had a fantastic career; he is rightly regarded as one of the best active managers of recent decades. His China fund's performance in recent years has tarnished this record slightly, though it has shown signs of recovery in the past year."

• Want to receive a free weekly summary of the best news stories from our website? Just go to home page and submit your name and email address. If you are already logged in you will need to log out to see the e-newsletter sign up. You can then log in again.
Last modified on Monday, 17 June 2013 12:20
Tweet
This page is available to subscribers. Click here to sign in or get access.
Published in Articles
Tagged under

More in this category: « Paul Tucker resigns from Bank of England for academia Royal London to launch D2C proposition in 2014 »
back to top