Register for Financial Planning Today website for FREE to view more stories and get our daily newsletters. Click on 2 stories to see Registration pop up.
Tuesday, 25 June 2013 11:24 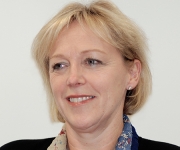 Julie Lord of Bluefin
Julie Lord FIFP CFPCM looks after an elderly widowed client who always left the finances to her husband and now needs help understanding how she can spend the money to help her family.

Mrs Jones came to me in 2011, immediately following the death of her husband. They had attended one of my seminars about Inheritance Tax planning a few years earlier. At the time of the seminar her husband was happy looking after their affairs and he felt that they did not require any assistance with their Financial Planning.
However after his death, Mrs Jones was shocked to find out how much their assets amounted to (especially as her husband had always been very careful with their money) and that on her death there would be a substantial tax bill for her sons to pay.
She was thrown into a state of confusion and worry. All of Mr Jones' estate had been left to Mrs Jones in his will and with his papers she had found a document containing my details and a note to contact me once he had died.

What happened next?
When we met again at her first annual planning meeting, Mrs Jones was happily settled in her new home. She was starting to get to grips with managing her own finances and was really happy that she had done as much as she could to help her family.
Her Cardiff son was doing really well without the pressure of his mortgage repayments and had found a new job with better prospects. Her 75th birthday party was turning into a bit of a shindig and she told me she may need some more money from the portfolio for this, which we had forecast, so I could reassure her that this was completely fine.
The bursary for the girls' school has encouraged four new young harp players and she attended a school concert which gave her a lot of joy.
I am delighted that we have helped Mrs Jones to have a comfortable, worry free retirement and that she in turn is delighted with our help.
Read 1983 times
Tweet
This page is available to subscribers. Click here to sign in or get access.
Published in Insight & Analysis
Tagged under