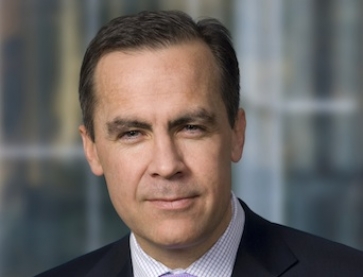 The two-day session will be his first major meeting since he took over from Mervyn King as Governor on 1 July.
A decision will be given on the interest rates and asset purchase programme tomorrow.
The Monetary Policy Committee consists of Mr Carney, Charles Bean, Paul Tucker, Spencer Dale, Paul Fisher, Ben Broadbent, David Miles, Ian McCafferty and Martin Weale.
Over the last few months, Mervyn King, David Miles and Paul Fisher have all voted for an increase in the asset purchase programme to £400bn.
However, they have been consistently outvoted by other members of the committee so it is thought unlikely Mr Carney will make any immediate changes.
{desktop}{/desktop}{mobile}{/mobile}
Although no change is expected this month, it has been forecast that the asset purchase programme could increase from August.
Azad Zangana, European economist at Schroders, said: "We continue to forecast a £75bn expansion in the BoE's asset purchase programme by the end of the year, but likely to start in August. This would be dependent on macro data beginning to soften, as mortgage rates start to climb. In any case, Carney will be under pressure not only from the Chancellor, but also markets, to deliver further stimulus in some form."
The first change Mr Carney is expected to introduce is forward guidance on the path interest rates will take. This was mentioned by Chancellor George Osborne as a tool the committee would have at its disposal.
In the Budget in March, Mr Osborne said: "The new remit recognises the MPC may need to use unconventional monetary instruments to support the economy while keeping inflation stable. And it makes clear the committee may wish to issue explicit forward guidance, including using intermediate thresholds in order to influence expectations on the future path of interest rates."

More in this category: « Aviva Investors launches new strategy in Asia Fidelity offers cashback deal for transfers into Fidelity Sipp »
back to top