Register for Financial Planning Today website for FREE to view more stories and get our daily newsletters. Click on 2 stories to see Registration pop up.
Monday, 03 September 2018 10:57 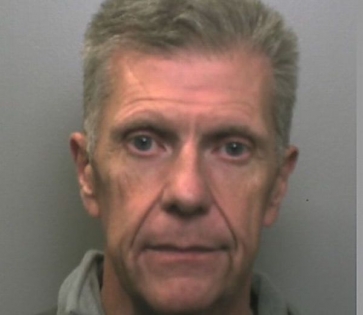 A firm owned by jailed sex offender adviser Frank Cochran has appointed a trainee IFA as its new director and has changed its address.

The change, at Midlands-based FSC Investments Ltd, followed the resignation of Blair Dunsmuir, who according to Companies House documents, had his positions as director and secretary terminated on 3 July.

The new person in charge of the firm was listed as Dale Rathbone, who was appointed director on 27 June.

In the official documentation, submitted by Ms Rathbone to Companies House, she lists her business occupation as “marketing consultant trainee IFA.”

The firm’s address has also switched from Church Eaton, in Staffordshire to Waterloo Road, in Wolverhampton, on 26 July, which was a previous address for the firm a month before.

The FCA ordered the firm to cease all regulated activity in July although the it remains ‘authorised,’ according to the FCA register today.

At the time of Mr Cochran’s sentencing the firm employed 13 people. Future plans for the company remain unclear.

The firm’s formerly high-profile founder and majority shareholder, Frank Cochran, was jailed for seven years in April after being found guilty of a string of offences, including sexual assault by penetration, using controlling and coercive behaviour and putting a person in fear of violence by harassment.

He also previously pleaded guilty to owning a Taser stun-gun he bought on holiday in Florida.

Mr Cochran served a large number of affluent clients during his career, including celebrities and professional footballers.

He had also featured on TV interviews with Sky, ITV and CNN and was publicising seminars until months before his imprisonment.

In May Blair Dunsmuir, who was listed on the FCA register as the principal contact for the firm, told Financial Planning Today that he was determined to carry on and make a success of the business but, as official documents from Companies House have revealed, he has now parted company with the business.

Despite the updates on Companies House, the FCA Register still lists Mr Dunsmuir as the primary contact for complaints.

A spokeswoman for the FCA said: “Our register won’t be updated until we have further communication from the company.”

The FSC Investment Services’ website currently displays a message which reads: “Hi there, thanks for visiting us. Our new website is currently under construction. Be back soon!”

Dale Rathbone has been approached for comment but has not so far returned Financial Planning Today’s calls.