Register for Financial Planning Today website for FREE to view more stories and get our daily newsletters. Click on 2 stories to see Registration pop up.
Wednesday, 27 April 2022 15:25 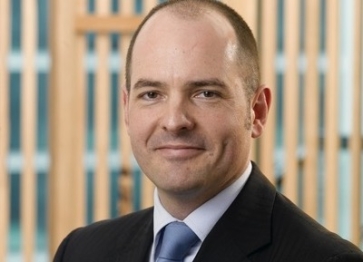 The Chartered Insurance Institute has hired Alan Vallance, currently CEO of the Royal Institute of British Architects (RIBA), as its new CEO.

He becomes CEO after the shock resignation last October of Sian Fisher, the under fire CEO of the Chartered Insurance Institute, who stepped down after six years in the role.

Ms Fisher and the CII board were criticised for their controversial decision to try to de-register the Personal Finance Society, the CII's Financial Planning arm, and for axing the role of PFS CEO, held by Keith Richards.

“He is well recognised as an expert in leading and transforming professional bodies into becoming 21st century digital organisations with greater focus on meeting members’ needs.”

The CII said that during his seven years at the Royal Institute of British Architects (RIBA), Mr Vallance put in place a growth and transformation programme, including a governance and constitution overhaul, staff restructure, property review, and extensive investment in technology and international support.

He trained as a Chartered accountant in London with Ernst & Whinney (later Ernst & Young) and has a background in finance, consulting, strategic planning and general management in a variety of roles in Europe and Australasia.

He spent most of his time with EY on insurance audit work with Lloyd’s of London syndicates, brokers and insurance companies.

Mr Vallance said: “I am delighted to join the Chartered Insurance Institute and look forward to working with the volunteers, the board, colleagues and partners to deliver the skills, knowledge and networking insurance and personal finance professionals need to develop their careers and serve the public.

“The CII is a force for good in raising public trust in the profession. It will be an honour to represent both the institute and shine a light on the power of insurance and Financial Planning to improve the nation’s financial resilience in the UK and internationally.”

More in this category: « Private Equity-backed Planner makes 2 acquisitions Interventions have improved says FCA in BSPS probe »
back to top