Register for Financial Planning Today website for FREE to view more stories and get our daily newsletters. Click on 2 stories to see Registration pop up.
Tuesday, 25 January 2022 08:57 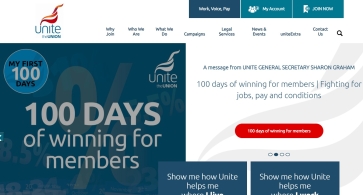 Staff at the Financial Conduct Authority will vote this week on taking action over concerns about cost-cutting at the regulator.

The union said the proposed cost-cutting measures would turn the FCA into a “bargain basement” regulator.

It said management are imposing “an unfair appraisal system” which requires managers to “arbitrarily downgrade” a set number of their employees even if they are performing strongly. Unite said current indications are that this system will hit carers, disabled people and minority ethnic staff hardest.

Unite said other key concerns of staff include a “botched” and rushed consultation with management rushing to implement changes without giving staff crucial information.

It said that by abolishing bonuses, the FCA was imposing a 10-12% pay cut for the majority of staff who considered the bonuses part of their basic pay.

Staff outside of London are also being put on new lower pay scales, which Unite says flies in the face of the Government’s stated agenda of “levelling-up.”

Unite added that pay rises for the FCA’s lowest-paid staff were a “gesture seen as a cynical attempt to buy off opposition” by its members.

Members also shared concerns with the union that there are plans to cut staff people rights planned by management. Unite said management at the regulator “are currently refusing to discuss the details” with the workforce.

Unite said experienced employees, “have been quitting the regulator in droves” with more expected to follow. A recent survey by the union found 89.8% of staff described their morale as ‘low’ or ‘very low’.

Dominic Hook, Unite national officer, said: “The ballot will deliver a clear sense just how dire workforce morale and employee confidence is within the FCA leadership.

“Management at the FCA are attempting to implement a program of pay cuts, which has come after two years in which the staff at the FCA have worked gruelling hours to provide financial protection against Covid for borrowers, investors, small businesses and people with mortgages.

“You cannot regulate the British financial system on a bargain basement basis as the CEO, Nikhil Rathi clearly wishes to do. Management must enter into immediate negotiations with Unite the union in order to avoid further damage and risk to the FCA.”

The union is also currently challenging the FCA on its refusal to allow staff to have representation by an independent trade union.

Unite said there is significant growth in trade union membership across all departments of the FCA.

The ballot will close on Monday 31 January.