Register for Financial Planning Today website for FREE to view more stories and get our daily newsletters. Click on 2 stories to see Registration pop up.
Friday, 06 May 2022 08:47

Warning as CGT receipts soar by £5bn in 2 years 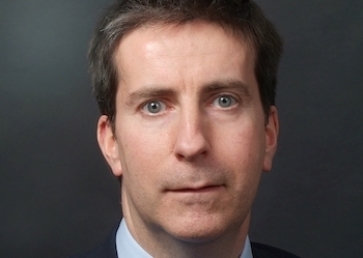 Government receipts from Capital Gains Tax have rocketed by £5bn in two years, prompting a warning that more clients face being hit by the tax.

Sean McCann, Chartered Financial Planner at NFU Mutual, warned that the “huge” increase in CGT receipts was set to continue.

It is being fuelled by two factors - recent changes to tax and rising house prices, he said.

He said the changes to Business Asset Disposal Relief, previously called Entrepreneur’s Relief, had hit many business owners in particular.

He said: “In March 2020 changes were made to Business Asset Disposal Relief, previously known as Entrepreneur’s Relief, which allows business owners selling all or part of their business to pay only 10% capital gains tax rather than the top rate of 20%.

“The amount of lifetime gains that qualify for Business Asset Disposal Relief was slashed from £10m to £1m, meaning business owners are paying 20% on more of their gains when they sell.

“The runaway property market over the past two years is also likely to have contributed. There is an 8% surcharge for those who dispose of residential property that isn’t their main home, meaning those disposing of buy-to-let property pay CGT rates of 18% and 28%.”

He said changing legislation has made buy-to-let investing less attractive and rising house prices have increased the gains of those selling up.

He added: “With the £12,300 annual CGT exemption frozen until 2026 and inflationary increases in the value of assets, the amount raised in CGT is likely to increase. To mitigate the impact married couples and civil partners can transfer assets between them to utilise both annual exemptions, allowing them to realise up to £24,600 of tax-free gains each tax year.”

He believes the government should explore a 2020 Office of Tax Simplification recommendation to align CGT rates to Income Tax rates but said so far the Treasury has ignored the suggestion.

He added: “Even though the government is collecting more Capital Gains Tax than ever before, it’s still paid by relatively few people, and the vast majority of those are higher and additional rate taxpayers.

“Considering the current cost of living crisis, it’s possible the Chancellor could look at CGT rates in the Autumn as a way of raising funds to help pay for other areas of support.”