Register for Financial Planning Today website for FREE to view more stories and get our daily newsletters. Click on 2 stories to see Registration pop up.
Tuesday, 30 October 2012 15:58 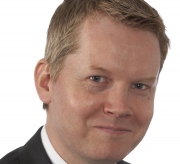 Dan Woodruff
Dan Woodruff CFPCM reflects on a business development case which saw two owners enquire about the worth of their business prior to selling it to the highest bidder.

I received an introduction from a business coach to two director of a local company, John (55) and Nigel (64). They had been running their business for over 20 years and it had grown to a decent size, with two locations and over 40 staff. They had just received an offer for the business of £1m, which they had rejected, but this had prompted them to think about an exit strategy. Their accountant valued the business at around £2.3m. They were now thinking seriously about how and when they would sell their business and approached me to help them work out how much they needed to sell their business for if they were each to retire.
The two directors each had different personal needs, especially given their respective ages and personal situations. They also had very different views about continuing to work. They had large pension funds, which owned the two commercial buildings of the company. They needed to reconcile the needs of the business, as well as their duty towards their staff, with their individual family situations. Therefore, advice had to be split into that needed by the company and each director separately.
This case was complicated by the fact that we were effectively advising two different clients who had the same business aim but different individual needs. We started by meeting with both directors together to establish the way forward. Our first meeting is all about understanding the big picture and we spend a lot of time establishing their values and key goals for the future. They were pleasantly surprised by this approach since prior to this meeting they had only received advice from their bank, which usually consisted of transactional financial advice to invest in a structured product when they had spare cash in the business.

We established that their main goal for the business was to seek a buyer. Since they had previously been approached, they had a rough idea of the value of the business. They also held both commercial properties within their own Sipps, with a combined value of around £1.5 million. They had sought advice from their accountant on the likely sale value, but were also keen to find out how the business sale would impact on them personally. We discussed with them how Financial Planning would allow them to work out a more important figure – rather than the sale value of the business, we would look at how much they needed to sell the business for to ensure they never ran out of money.
We then held separate meetings with each director to establish their motivations and goals. Initially it seemed that Nigel wanted to stay working in the business, but this later changed. John, being younger, was prepared to work in the business for a few more years but he definitely wanted to ensure a gradual wind downs. This was useful since his continued involvement could potentially help to increase the purchase price and allow a more orderly transition. Our assumptions were based on John continuing in some sort of consultancy role and earning an income from this work.
In the meeting with Nigel we found out that supporting his family was important to him. In the past he had used his earnings to help his daughters to purchase property, and currently held a mortgage with one daughter. He also had 15 separate low-risk investment products, valued at around £350,000, which were a burden to him to manage with his busy lifestyle. John had less money put aside but he did have two properties, plus around £100,000 in various investments. His main residence was subject to an offset mortgage, but he had this completely offset by the savings account and therefore was not paying any interest.
From these meetings we established four goals: To work out how much they each would need to generate from the sale of the business to ensure that they never ran out of money in retirement To review their existing financial arrangements with a view to ensuring that these were best suited to their individual needs To examine what would happen to the security of their respective families should the worst happen before the business was sold
To examine their inheritance tax situations At a second meeting we held with each of them we gathered the technical data needed to
advise them. We obtained valuations on all plans, established their tolerance for risk and reviewed their personal spending patterns. Importantly, we also reviewed how they expected their spending patterns to change in the future after possible retirement. John was a moderately cautious investor while Nigel was a cautious investor.

The next step was to take all this data and to undertake a cashflow analysis of each director's situation. We used their current and future spending patterns to assess the likely changes to their incomes and asset values over time. Since they did not yet have a retirement date in mind we agreed to examine different retirement scenarios – retirement in one, three and five years. The purpose of this analysis was to establish the amount of capital needed to be generated from the sale of the business at each of these periods based on the amount of income and capital they had to draw on in the future. Obviously, this was relative to the situations, lifestyles and ages of the individuals.
Once we had completed the analysis we organised a further meeting with each client to review their situations and options. We presented this information to them using our modelling software on a laptop. This allowed us to make adjustments to each scenario when new ideas or data became available. The analysis showed:
Nigel could afford to retire now based on his own individual asset position, even without the sale of the business.
John could afford to retire now if he achieved a net figure of approximately £925,000 from the sale of the business. If he sold the business in three years he would need £780,000 in today's terms; in five years this figure would need to be £700,000 in today's terms. This showed that assuming the business valuations held up, he would be able to afford to retire.
In both cases we examined the effect of death and illness. We discovered that their families would be well provided for, since the business had shareholder protection. However, although this was technically enough to provide for their families, it did not reflect their valuation of the business. We raised this as an issue since the cross-option agreements in place could potentially cause conflict after their death if the surviving director forced the sale of the business shares of the surviving partner of the deceased. We examined their pension assets and organised a restructuring of their investment portfolio. The majority of their pension assets were made up of commercial property, but they also had sizeable holdings in investments. We were able to arrange these in a more efficient manner, more closely aligned to the risk profiles of the individuals and further taking into account the possible retirement and the need to call on this money. There was no need to alter the pension scheme itself as all changes could be made within the existing contract.

With John we advised him to consider paying off his mortgage, although he ultimately decided to keep this money in his offset account to allow extra flexibility. We then advised him on a restructuring of his investment portfolio to better match his risk preferences. Finally, we examined the effect of inheritance tax on his situation should the worst happen. Our calculations showed a significant liability, but given his age and possible changes to his situation, John felt this was an issue to address in the future. Looking at Nigel's situation, our analysis enabled him to get a better view of possible retirement. Until now he had concentrated on accumulating assets, being a cautious investor, and had never felt comfortable with the idea of retirement. Once we were able to give him the confidence that his retirement needs were catered for, he was able to start thinking about retirement in more concrete terms.
We took this further by examining various scenarios where he made gifts to his daughters to pay off their mortgages. This was important to him as he felt that this would allow him to enjoy the benefit of his assets while he was still alive. These gifts would have an effect on his inheritance tax situation. Since he had already accumulated significant safe assets, there was really no need for Nigel to take any risk with this money. Therefore, his only issue was to reorganise his assets in a way that allowed for easier administration. We recommended that he repay his mortgage in full.
We discussed various investment-based options to reduce inheritance tax. Nigel did not want to lose further control over his assets, and therefore preferred the option of a simple whole of life policy written in trust to allow for the payment of inheritance tax on his death. We prepared quotations based on £900,000 cover to pay his liability on death.

What happened next?
Following the review, both clients felt that they had a platform to seek out prospective buyers for the business. They approached business sale experts and started the process of tender with a number of buyers, whittling these down to six interested parties. They are currently pursuing this process and are going through due diligence with potential buyers. Our intention is to review their financial plans once a concrete offer has been made for the business. Following this we will know more about their retirement plans and will then be in a position to start the process of transition for their assets. Our next task is to begin discussions about income options from their pension schemes and potential investment of the sale proceeds from the business for income.

More in this category: « Technical Update: Practice Management My Business: Keri Carter of Broadway Financial Planning »
back to top