No change to rates at Mervyn King's last MPC meeting 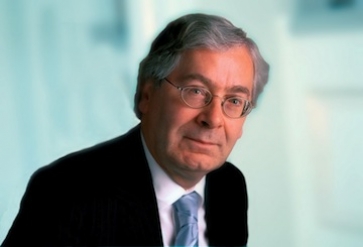 Mervyn King, governor of the Bank of England
In his last meeting with the Monetary Policy Committee, Governor Mervyn King has held rates at 0.5 per cent.

Rates have been held at this figure since March 2009. There was no change to the asset purchase programme which remained at £375bn. The last change to the programme was an addition of £50bn in July 2012.
This was despite Mr King, members David Miles and Paul Fisher all voting for an increase of £25bn at the previous three meetings.
Further details of the decisions at this month's meeting will be given in the meeting minutes which will be released on 19 June.
{desktop}{/desktop}{mobile}{/mobile}
Next month will see new Governor Mark Carney, former governor of the Bank of Canada, take over from Mr King. Mr Carney will hold the role for the next five years. His appointment was first announced in November 2012.
Mr King has worked as Governor of the Bank of England since 2003 and is now in his second term of the role. He is also chairman of the Financial Policy Committee.
The next MPC meeting will be held on 3-4 July.

• Want to receive a free weekly summary of the best news stories from our website? Just go to home page and submit your name and email address. If you are already logged in you will need to log out to see the e-newsletter sign up. You can then log in again.
Last modified on Thursday, 06 June 2013 12:20
Tweet
This page is available to subscribers. Click here to sign in or get access.
Published in Articles
Tagged under