Register for Financial Planning Today website for FREE to view more stories and get our daily newsletters. Click on 2 stories to see Registration pop up.
Friday, 27 December 2013 15:31 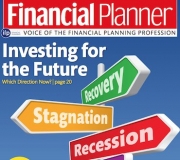 
September tends to be the worst month for the stockmarket and this year is likely to be no different, with volatility creating big challenges for Financial Planners and their clients. Just now, no haven looks that appealing, with savings rates continuing to slide, bonds under pressure and stock markets facing uncertainties in the wake of China's economic slowdown and nervousness about changes to the US's policy on Quantitative Easing.
In the run-up to the decision on QE, markets have been reacting queasily because of concerns over the impact of 'tapering' - the issuing of fewer bonds in the US which will reduce the amount of money sloshing around in the financial system.
{desktop}{/desktop}{mobile}{/mobile}
Lee Robertson, a Financial Planner from Investment Quorum, says his firm tries to look beyond such unsettling events.
He said: "We tend to take the long-term view and filter out the noise." However, Mr Robertson is generally positive on the US and UK markets and believes recovery is bedding in.
"Lots of companies are in rude health. They have trimmed their workforces, sorted their borrowing and their order books are good. There will be short term knocks but we must look further ahead."
Adrian Lowcock, senior investment manager of investment broker Hargreaves Lansdown, agreed: "September is always a difficult month," he said. "The US announcement could send markets either way so we'd suggest looking further forward and buy for the medium to long term."
Putting such immediate influences aside, there are reasons to be cheerful over the longer period. Derek Mitchell, manager of the Royal London UK Opportunities Fund and the Royal London UK Mid Cap Growth is upbeat, especially about the UK economy. He said: "Employment levels have continued to rise in 2013, albeit at a slower rate than in 2012, and the drag on overall growth from the industrial sector is starting to diminish."
Further optimism comes from recent figures showing the eurozone is emerging from 18 months of recession, led by Germany, and a sharp pick up in the UK's housing market. The latter is brimming with health - thanks to the triple cocktail of Funding for Lending, Help to Buy and Bank of England Governor Mark Carney's low interest rate projections. Although this too has been raising the blood pressure of critics who fear that a price bubble and bust may follow.
So where should planners and their clients concentrate their attentions in the coming weeks and months? Mr Lowcock believes good quality UK companies are key. He said: "I'd look at those companies who are paying dividends and will be around five, 10 or 20 years' time."
This is backed up by Thurleigh Investment Management, which is busy looking out for bargains on market dips. Charles MacKinnon, chief investment officer, expects equities to provide the best returns in the next decade or two, as the current bond cycle comes to an end, and believes they will be the best method of beating inflation and preserving wealth. The firm favours fund managers who invest in consumer staples such as Nestle, GlaxoSmithKline, Vodafone and Reckitt Benckiser. Mr MacKinnon said: "People are going to carry on buying baby milk and shampoo, so in 10 years' time these companies will still exist and will pay dividends."
Nevertheless, Mr MacKinnon advocates caution in light of recent volatility. He said: "The point is not panicking, but equally well not getting too enthusiastic. Bonds have been a great investment for decades, and aren't any more, but that does not mean you should sell them all without question."
Adrian Shandley CFPCM of Premier Wealth Management in Southport, Lancashire, shares the general anxiety over bonds.
He said: "The fixed interest bubble is a serious concern, and with interest rates remaining low globally, the sector can only lose value, and these losses will be accelerated if interest rates rise."
Many retirees choose bonds as a 'safe bet' for their income, a habit Mr Robertson tries to discourage in the current market, although certain bonds have their place because their yields are managing to beat inflation and interest rates.
He said: "Clients in retirement want yields but bonds are not risk free. We are not holding much in the way of sovereign debt but we have high yield bonds and some corporate bonds are doing well.
"People are a bit more pragmatic and understand if they get over four per cent then they are doing quite well."
Commodities have brought prosperity in the past but they are facing challenging times. Mr Shandley considers it a difficult area that will perform less well than equities in the short to medium term.
Mr Shandley said: "Gold is a particular concern. We may see some return to growth in oil but not in traditional markets as the US is succeeding in fracking and this will destabilise the traditional oil market and boost the US economy."
So it is to equities that most fund managers and planners are turning to provide the bargains and future returns, especially outside the US. Mr Lowcock said: "With the benefit of hindsight the time to buy Europe was last year but it's still cheap.
"There are concerns about economic growth as it is still fragile. But it's a case of buy and tuck away for the long-term and to remember that it's cheap because of the risk."
{desktop}{/desktop}{mobile}{/mobile}

His views are supported by Russ Koesterich, chief investment strategist at fund manager BlackRock. He said: "Stocks in most international markets are exceptionally cheap when compared to US equities. Non-US developed markets trade at a 20 per cent discount to US stocks, while emerging market equities trade at more than a 40 per cent discount."
John Ventre, fund manager of Old Mutual Spectrum Fund, says the current focus on equities has come almost by default.
He said: "It's equities under protest because there isn't a return available anywhere else. This is evidenced by the sort of equities that have been performing well: it's been the equities that look least like equities – the quality defensives – that have been in a bull market. Companies with exposure to the global economy have been struggling, or at least their share prices have.
"Long term investment portfolios – the real money – both institutionally at big pension funds and individually in long term savings accounts, look to be underweight equities." For him, that means there are bargains to be had.
Mr Shandley shares an enthusiasm for equity markets for the short to medium term. He said: "Buying markets as the global recession has hopefully turned, should prove beneficial, especially over a three-five year period. The most prominent markets in the early stages, from a UK investor's point of view, will probably be the US, the UK, and perhaps parts of Asia. But following on, we should see some return to growth in Europe and emerging markets generally, which should also show growth from the latter stages of the upturn."
Equity income funds are also offering some decent relief in a volatile world that is generally conspiring against the beleaguered income-seeker, said Mr Lowcock. He added: "There are some decent inflation-beating yields around such as Artemis Income with a yield of 3.7 per cent and Invesco Perpetual at 3.1 per cent." Income hunters are often tempted by commercial property, but Mr Lowcock is not enthused partly because of the complexity of funds and their lack of liquidity. Mr Shandley is also cautious. He said: "On a five year view, commercial property may start to be an option to consider, but in the short term we do not see any significant return to profits in the commercial property sector, especially the retail high street units."
Mr Lowcock suggests infrastructure funds as a possible alternative.
He said: "First State Infrastructure is yielding 3.31 per cent and has returned 50 per cent over five years. But you need to think long-term as in the last three months returns have dropped by 4.77 per cent."
Investors and planners who are tempted to add buy-to-let to the mix as an alternative income generator should consider all the pitfalls - not least the ability to swallow higher interest rates in future if they purchase the property with a loan. Mr Lowcock warned: "You are putting all your eggs in one basket if you already own a home.
The time to do it was in the 1990s when yields were 22 per cent.
"Is it really worth the hassle of managing the property, dealing and risking rental voids for a yield of just around five per cent?"
A key dilemma for planners and investors is whether to take the passive or active route with their portfolios.
{desktop}{/desktop}{mobile}{/mobile}

Mr Shandley is a supporter of the passive investment model, particularly for portfolios below £500,000.
He said: "Passive strips out the possibility of human error on the part of a fund manager, and a more mechanical predictable process is a more robust process from a compliance perspective.
"Providing asset allocations are correct and a regular rebalancing occurs within portfolios, then passives cannot really be faulted, other than perhaps the ability to generate alpha.
"But the fund managers that tend to generate alpha ultimately fall from grace and the track record of the majority of fund managers over a 5-10 year period is poor."
Mr Robertson's firm applies a mix of both approaches, with about a quarter to a third
invested passively and the rest in actively managed funds. He said: "We see how costs impair performance but over the last five years we have also had some sound alpha managers.
However, I can see in a recovery market that a passive play can work."
While markets take their natural course, and make decisions challenging for planners, planners also have to deal with the more mundane influences on their businesses, including regulatory change.
RDR, now nine months into its implementation, has been an upheaval for many. Mr Robertson said: "We thought we were RDR-ready but the gap fill was a challenge. And the argument rages between platforms and asset managers over clean shares. We are watching with vague interest but what clients are interested in is having a trusted adviser and getting the cheapest shares they can."
Mr Shandley feels less affected.
He said: "The important thing post-RDR remains the alignment of portfolios to clients' attitude to risk, but this was exactly the case before RDR and has not changed at all."
As the autumn draws near, Mr Robertson suggests good things will come to those who wait: "The world didn't end in 2008. Clients were rewarded who held their nerve.
"If you jump in and out of the market you can lose out. It is all about planning and the long-term."
{desktop}{/desktop}{mobile}{/mobile}

More in this category: « Cover feature: Platforms are this year's model My Business: Noel Farrelly of Index Wealth Management »
back to top