Register for Financial Planning Today website for FREE to view more stories and get our daily newsletters. Click on 2 stories to see Registration pop up.
Monday, 07 January 2019 11:42 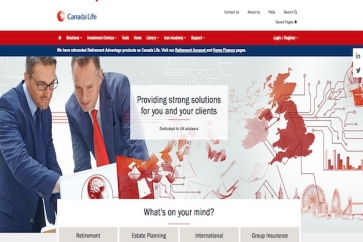 The UK public expects the age at which they are entitled to receive the State Pension to increase to 70, a new survey has found.

The study, by Canada Life, painted a pessimistic picture of retirement, with many also predicting a meagre pension handout when they finally get it.

The polling revealed that, on average, people in all age groups from 18 to 55 think the state pension age will be 70 by the time they are eligible to claim it.

This comes just as the state pension age for men and women is equalised to age 65, with further planned hikes to 68 over the coming years.

Government estimates suggest that a retirement age of 70 might be on the cards for younger workers.

Although recent Governments have been wary of being seen as giving pensioners a poor deal, people think priorities are likely to shift.

Even among those who think the state pension is likely to still be available when they retire, many think it will change.

Just under a quarter (24%) think it will still exist largely unchanged.

Andrew Tully, technical director at Canada Life UK, said: “While people broadly think the state pension will still exist in some form when they retire, it’s striking how many people, especially younger generations, have little confidence it will be there at all by the time they retire.

“Some might say it is unrealistic to expect state pension provision to remain static given we are living longer and working longer.

“Our research suggests people are being pretty pragmatic and are not banking on the state pension to support them in retirement.”

Despite the ‘triple lock’ guaranteeing annual increases in its value, on average UK adults who are not yet retired expect to receive a state pension of £150 per week when they retire (in today’s terms) – below the current full pension of £164 a week.

Men were a little more optimistic, saying they expected to receive £161 per week, but women were more cautious, saying they anticipated a £143 weekly pension when they retire.

Mr Tully said: “People appear to be ‘pricing in’ low expectations of the state pension that will be waiting for them when they retire, most likely because they see successive Governments continually moving the goal posts, often with good reason.

“The success of auto-enrolment will hopefully begin to bridge the retirement savings gap, as people take control and appear to be moving away from a reliance on state provision.

“After all, private pension savings are one of the best protections against whatever decisions future Governments may take on state provision.”

More in this category: « Ascentric closes down platforms for 4 days Concerns over MPs' probe into contingent charging »
back to top